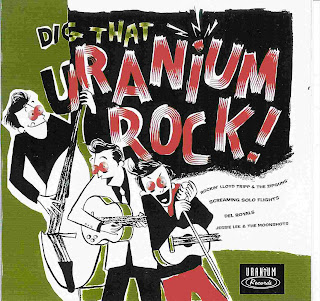 The word describes a process in which objects are destroyed by collapsing in on themselves. The opposite of explosion, implosion concentrates matter and energy.

It is the principle based on which a nuclear bomb is made. In an implosion-type nuclear weapon design, a sphere of plutonium, uranium, or other fissile material is imploded by a spherical arrangement of explosive charges (neutrons, protons, etc) . This decreases the material's volume and thus increases its density by a factor 2 to 4, causing it to "go critical" and create a nuclear explosion. A similar process takes place in celestial phenomena such as the formation of blackholes where stars collapse upon themselves and become so dense that their gravity simply absorbs everything around them.

As a student of science, I had learnt about the chemical reactions in a nuclear bomb. Balancing those equations was an easy task. I just had to see the difference in the atomic number and the atomic mass between the products and the reactants and I could measure the number of neutrons, protons, electrons and helium atoms that would be thrown out. I would marvel at the fact that man could replicate something that is more common in stars. Though I had studied about the effects of such radiation on life, I don't think I thought about it too seriously. Maybe I was naive but I didn't really know how the bomb worked.

It was only after a recent reading of David Bodanis's book E=mc2: A Biography of the World's Most Famous Equation, did I actually understand why the bomb that America dropped on Hiroshima on August 6, 1945 was so powerful, so much so that it's impact would have been visible from the moon. It's in the book where I read about what happened within the 'Little Boy' once it was dropped by a B29 aircraft till it fell on the roof of a surgical clinic in Hiroshima. 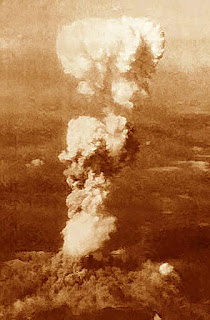 Imploding plutonium atoms, gave rise to several chain reactions that lead to more implosions. As a result, the plutonium-uranium mass kept collapsing into itself, radiating extra-short wavelengths and emitting charged particles. Meanwhile, the high-density core, started sucking in matter from the outside (air) creating a zero-density layer (nearly vaccuum-like). Any resistance the particles would have encountered in the natural atmosphere were nullified and they spread far and wide, creating further implosions. The fires covered an area of nearly 11.4 sq km, burning all life forms. Those who came in the zero-density radius had air sucked out of their lungs (a death most would have never conceived). Those who survived the impact of the bomb had to live with the impact of the radiation - gamma and X-rays attacked the nucleotides in their DNA, leaving them exposed to the risk of cancer, not for a few years, but for a few generations.

Had it been an explosion-type bomb, it would have cause immense destruction, no doubt, but the effect would have been short-lived. Or better still, if that energy from the 'imploding bomb' have been used to light up an airbase.

So why am I talking about this? Because we have an N-deal issue that has required the Indian government to pass a trust vote in the Parliament.

From what I understand, nuclear energy is one of the best solutions to power crisis. France manages to light up the Eiffel Tower everyday, even as we face loadshedding in suburban Mumbai. Why? Effecive conversion of nuclear energy into electricity. Let's face it. Uranium ores in India are scarce. Worse, with a yeild of around 0.04 per cent, they don't even live upto international standards. (Canada has the best ores that contain 40 per cent uranium). Hence, if we have to rely on them, we will have to spend a lot of money on plant and technology to yeild even meagre quantities of uranium. Forget generating energy with that.

Bottom-line: We need to look at 'nuclear' options for power generation. As for the instability, it works for a nuclear device, not for a government that runs a country of one billion people.

Posted by Innate Explorer at 7:07 PM