Of birds and bees 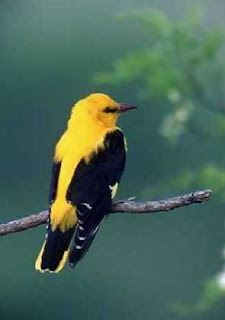 I am a closet naturalist. What the hell does that mean? Well, that means that you won't see me taking those treks through the Himalayas to check out the gharials in the streams. You won't find me looking out for 'not-yet-named' varieties of butterflies in the hills of the North East. I haven't even been to any of the national parks in India (which is quite unfortunate), not even the Sanjay Gandhi National Park at Borivli.
But I love birds and bees. I finally admit to it. There was a time when I would cringe when friends would call me an amateur ornithologist. My association with birds started in college (I never really looked at birds in Mumbai before that). It started off with my first-year project on the Taxonomic Classification of Birds for the Life Sciences subject. In the second-year, I had to do a literature survey on the Migration and Mating behaviour of birds and even went on a bird-count trail in Khandala. I thought my association with birds and my regular trips to The Bombay Natural History Society (BNHS) at Kala Ghoda would end after I decided to give up my plans of becoming a life scientist and took up journalism instead. However, I was wrong.
In the first year of my job, I gradually shifted my focus from party animals to those of the wild. Then came the articles on flamingoes at Sewri - about how they fly in all the way from Central Africa en route Kutch where they breed to winter here at Sewri. Then the articles on how they have been arriving late December instead end-October, why they are coming in late, why how inexplicably their numbers are down from 15,000 to about 2,000. Later, I wrote an article on Adesh Shivkar, a well-known ornithologist who met me on Orkut (no matter what people say, it's the best business networking site for me). Then I wrote one on JC Daniel, BNHs secretary who is well-known for his reasearch on the Asian wild elephant (it helps that Daniel is from Kerala) and snakes. Soon after, I found myself chasing butterflies across south Mumbai's gardens, parks and the Byculla zoo and meeting Isaac Kehimkar, 'the butterfly man' at BNHS.
I managed to find paradise flycatchers, parakeets, different species of sparrows, mynahs, bulbuls, humming-birds, woodpeckers, sand plovers, kingfishers, gulls, terns, jays, kites and barblers in the congested south Mumbai area that is typically inhabited by crows and pigeons.

But it was in Jamshedpur that I discovered my love for all featured creatures. Whether it had something to do with magpies who came visiting every evening, or the eagle that would watch our shuttle-cock as we played badminton, or the white-and-black mynahs that would walk the lawns every morning or the swallows, parrots and golden orioles or the curious absence of crows and pigeons. I would spend hours just sitting in the garden and take down notes on the bird type, colour, size, etc. That's not to say, I didn't look at the myriad colours of butterflies and bees hovering around the dahlias and the chrysanthemums.
Birds are now my hobby. But I still have to take that crucial step out of my closet to become a true-blooded naturalist. Watch this space for more.
Posted by Innate Explorer at 11:39 AM