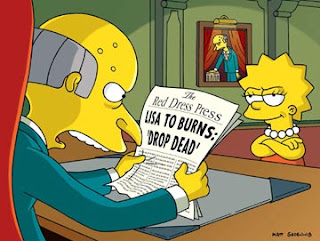 "Even though you are a journalist, you are intelligent," a distant cousin remarked when I had helped her fix a puncture. Though I was sure it was a compliment (quite befitting of my talent), I couldn't heock ovlp expressing my shock. My cousin wasn't in the mood to explain and I didn't want to pursue her.

During my internship with Bombay Times, I had the priviledge (it was indeed an eye-opener), to meet students of the prestigious Lahore University Management Studies (LUMS). I struck a friendship with one of them, Sheikh Aslam - a tall, lanky guy with brown skin and light eyes. Sheikh was intelligent...and he aspired to be a journalist. He was the editor of the premier business schools in-house magazine - "it's a much sought-after post", he'd proudly declared. During the course of our conversation, I told him that I had studied life sciences before switching over to journalism. He said, "No wonder." I asked, "What?" He stated, "You are too intelligent to be a journalist." I was surprised he would make a comment like that. After all, I met him on a journalistic assignment. I asked him for an explanation. He simply said, "You are wasting your brains."

Over the course of my short journalistic career spanning three years, I've been repeatedly told that I'm too intelligent to be a journalist. I once asked my boss if I were a misfit in the media. He said, "Look at your stories. They're really good. You must be doing something right." Now, how's that for encouragement.

But why am I talking about all this right now? Because Vishwas Heathcliff, on his blog www.writechoice.co.in, has said that you need intelligence for journalism. Probably Vishwas is caught in a time-warp. Or maybe he should just go on field to actually see for himself, how many intelligent journalists actually make the grade.

I've had TV journos asking me full forms of IO (investigating officer, for the uninitiated), nearly four days after their routine court drills. Better late than never, huh? Then, there was one who couldn't tell the difference between Kangana Ranaut and Shamita Shetty (how?). And though I have my sympathies for those convent-educated literature graduates who become sub-editors and can't understand basic arithmetic such as percentages (that doesn't stop us from using them any way), I am not as grateful to those who believe that 1,500 and 15,000 are equal. I actually had a senior sub-editor reason this one out!

What I find unnerving is that there is more than just enough room for such intelligent journalists to thrive and even flourish. I may perish but they won't, I am sure.

So when Vishwas says, journalism requires intelligence and concentration, I simply don't understand.

Posted by Innate Explorer at 6:34 PM