The Song of the Lord on Google Books now! 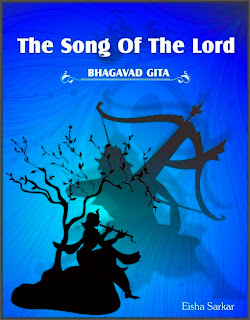 Finally, my book is also available on Google Books. Those of you, who are interested in reading a few pages of the book, do click here.

On a dusty plain in Kurukshetra in northern India, stand two massive armies ready to fight the greatest war ever. As the kings of the world choose between the Pandavas and the Kauravas, the gods look down nervously from their heavenly abode. Arjuna, the third Pandava prince, asks his charioteer and dear friend, Krishna, to put his chariot between the two armies. He then sees his teacher, friends and relatives among the enemy ranks. Distraught, he asks Krishna, "What is the point of this war, where I will have to kill the people I love and respect?" He throws down his bow and arrows and declares, "I will not fight." Krishna tries to talk Arjuna out of his dilemma and in due course, reveals His true Self. It is this conversation on duty (karma) and religion (dharma) between the two great friends that will be retold again and again as the Bhagavad Gita.

The Song of the Lord is an abridged translation of this ancient Sanskrit text. It gives you an insight into the world that was and the lessons that you could take from it and implement in this day and age. Whether you read it as a story or a work of philosophy, The Song of the Lord, will ring in your head.

Posted by Innate Explorer at 11:50 AM

Email ThisBlogThis!Share to TwitterShare to FacebookShare to Pinterest
Labels: Eisha Sarkar, Google Books, The Song of the Lord