How the 'supari dena' phrase came into the Mumbai mafia lingo 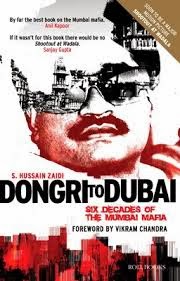 I have always wondered how the humble betel nut aka supari came to refer to a hit job in Mumbai. Finally, S Hussain Zaidi, has provided me with an answer in his book, Dongri to Dubai – Six decades of the Mumbai mafia:

According to folklore, the King of Mahim province in Bombay, Bhim, who was also the chieftain of his Mahemi tribe, used an interesting ritual when he was deciding how and who to assign a difficult task. He would call for a general meeting at his Mahim fort and huge pandals were erected. Select warriors and brave men would be asked to participate in the royal feast. Once the feast was over and the warrior tribesmen were satiated, a huge thal (plate) was placed right in the middle of the gathering. The thal had betel leaves, suparis, and some other herbs.

Then the commander-in-chief announced the king's predicament and put forth the challenge. According to this ritual, whoever volunteered to accept the task would rise and partake of a betel leaf and betel nut from the thal. This gesture is considered the giving and accepting of supari. Afterwards, the commander-in-chief would walk over with a small bottle containing surma (eyeliner) in his hands, and applied the eyeliner on the brave man's eyes, declaring him a soorma (gallant man). Much after the king died and the Mahim fort was reduced to ruins, this idea of supari remained in the lingo of the Bombay mafia though for a different reason. Supari now refers to a hit job.

The first ever major supari in the history of the Mumbai mafia was that of Yusuf Patel, announced by Haji Mastan in 1969. It carried a staggering sum of 10,000 rupees and was given to two Pakistanis with Pashtoon origins.
Posted by Innate Explorer at 11:09 AM