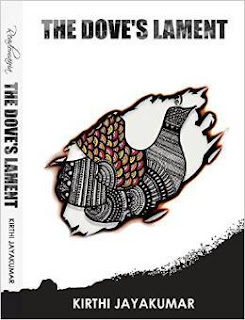 A book about conflicts should not be the choice for reading during a holiday season but in a year where war and terrorism grabbed more headlines than peace, talks, communication, development, business, corruption, environment, sport, celebrities and gossip, The Dove's Lament, is a good pick.

With author, Kirthi Jayakumar, you hop from one region of conflict to another across continents – Colombia, Rwanda, Democratic Republic of Congo, Bosnia, West Bank, Afghanistan, Pakistan, India and Sri Lanka – collecting images of people who loved, lost, killed, hurt, damaged, defeated, helped and survived. Human trafficking, drug trafficking, the fight for every inch of land there is to fight for, communal violence, vengeance, the politics of peace, the excesses of war, the triumph of humanity – the stories cover them all.

At the end of each story, Jayakumar has written an essay discussing the origin and/or the nature of the conflict that is the backdrop of the story. You move from one piece to another, processing your thoughts, containing your emotions, as the images of war and its victims and their numbers flit in and out of your head. Then you read this line, “The time had come when the pallid shades of murder and gloom were swiping the life out of our existence while the world moved on. Death to us had a name, a face and a lot of memories. But to the world outside, it was another number that was only adding up to the total figure that they bandied as a statistic.”

Jayakumar's beautifully-woven tapestry of stories, memories and raw facts makes The Dove's Lament a compelling read. Don't miss this one.

Posted by Innate Explorer at 11:00 AM