Vikram Sampath's book, 'My Name is Gauhar Jaan!' - The Life and Times of a Musician is an incisive account of the life of a tawaif (a woman of the arts) who went on to become the first person to have her voice recorded in India in 1902. The book also traces the journey of Indian music after the fall of the Mughal Empire in 1857 and before India gained Independence in 1947. I am glad it picked it up from Crossword because it is filled with facts and trivia that I'd like to share here:

Sa Re Ga Ma Pa Dha Ni: Many of us have been exposed to the sargam at some in our lives, either by listening to Indian music or as a student of music. Indian music draws its seven basic notes from the sounds of animals and birds. Sa is associated with the peacock's shrill cry, Re with the bullock, Ga with the goat, Ma with the jackal, Pa with the cuckoo's cooing, Dha with the horse and Ni with the elephant. You might know the sargam but did you know this?

The Mumbaiya word, chhappanchuri: In Mumbai, the word chhappanchuri is used as a derogatory term for a woman who is shrewd and has the gift of the gab. In Sampath's book, I discovered where it may have come from. Apparently, it was the nickname of a tawaif, Janki Bai (1880-1934) from Allahabad. A jealous suitor, madly in love with her, had scarred her face with 56 (chhappan) slashes when she rebuffed him. 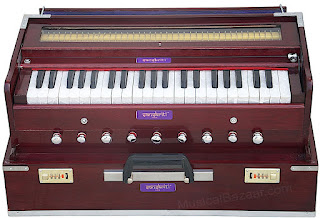 How the harmonium came into Indian music: Most people in India think the harmonium must have been invented here because it is inseparable from Indian classical or folk music. But, it was only in the late 1800s did this French instrument (developed by Alexandre-Francois Debain) become an accompaniment to an Indian vocalist. The credit for this goes to Bhaiya Ganpatrao, a son of Gwalior's Maharaja Jivajirao Scindia and Chandrabhaga Devi, a courtesan. The harmonium was despised as a lifeless, stiff-reeded instrument because it was incapable of producing subtle nuances. Ganpatrao modelled the harmonium to suit Indian music so muchso that it displaced the reigning sarangi. 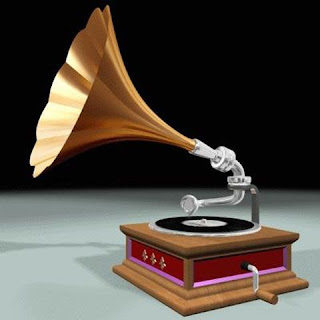 The shellac in gramophone records: Lac is hardened resin secreted by the tiny lac insects which settled on twigs and sucked the plant's sap. These insects were scraped from the twigs, crushed, dried, sieved, winnowed, washed and again dried. The mangled mass was then passed through a hot melting system, filtered and stretched into sheets or 'shellac'. Since it was non-toxic, it was used to make gramophone records.

The hierarchy among the tawaifs: While most tawaifs were trained in music and dance, some chose to only sing. A 'bai' was a tawaif who only sang. A 'jaan' sang and danced. Interestingly, even when the dancer sat and performed, the tabla and sarangi players accompanying her always stood and played their instruments. (How many people play the tabla standing up, nowadays?)

Posted by Innate Explorer at 2:14 PM