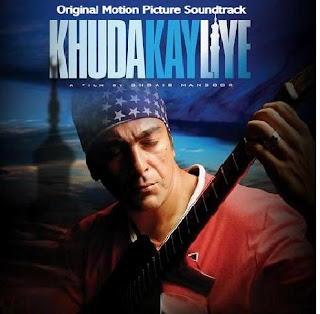 I wouldn't have watched Khuda Ke Liye (the first Pakistani film to have released in India after 43 years), had it not been for a journalist friend from Karachi. My friend, (I'll call him Siraj because he doesn't want me to use his real name), had told me about the film, before it was due for release in India. "It's an amazing film. They screened it for a special audience in Karachi and it was very well-received. Besides, Naseeruddin Shah has also acted in the film," Siraj tried to convince me to watch the film. I didn't care. I never had much respect for the Pakistani film industry. "Their plays are really good, but movies...they're like our B and C grade flicks," I thought. Siraj defended the film saying, "OK, it's not your usual Paki flick. This is really good stuff."


The film released in India amidst much fanfare and Iman Ali, the actress, made it to the front page of Bombay Times. That made me curious. The reviews were good. I thought, "Maybe I should watch it then." Now, I hate going to the movies alone. And I couldn't find anyone who would come with me to watch the film. "Why watch a Paki film? We may as well go for Race or some Hollywood flick" - that's the response I got. I asked mom. She loves good cinema, but even she was hesitant. "It's going to be a waste of time. It must be about the Taliban and the 9/11 attacks. Let's watch Horton Hears a Who...it's a nice animation movie," Mom suggested.


I finally convinced mom to go for this one. The movie was being screened at Regal. I told her, "We can shop in Colaba and then catch up with this flick." She took the bait. Moms love shopping. All women do. Except me.

The movie started. Fifteen minutes into the film, I forgot it was made by a Pakistani and was about what Pakistanis around the world had to go through in the wake of the 9/11 attacks in the US. The movie throws up some important facts about the generation I belong to - about how confused we are about our identity in a globalised world (Mariam is known as Mary by everyone. She believes it's ok to marry a gora till her father realises that her kids will be excommunicated and forces her to marry one of her cousins, Sarmad in Pakistan. For two years, she desperately tried to escape from Waziristan, a tribal area on the Pak-Afghan border. When she finally gets a chance to leave the country forever, she chooses to stay back, close to her roots).

The movie shows how easily even educated youngsters can be brainwashed - Sarmad quits music, which is his passion, after he meets a Maulana who tells him that Islam condemns music, as much as it condemns alcohol, eating pork or gambling. Sarmad gradually transforms from a yuppie in Lahore to a hardliner and mujahideen in Waziristan, all in the name of God.

It talks about how difficult it has become for Muslims to survive in a globalised world after the 9/11 tragedy. Where after every terrorist attack, a finger is pointed at them and even their most noble intentions are questioned. (Mansoor, Sarmad's brother who studies music in Chicago, is tortured in prison and forced to say he loves Osama). A beard, that would otherwise be a fashion statement, is suddenly looked upon as 'asserting your religion'.

The most important thing that the film brought forth was the clash between religion and culture and how most people confuse the two. Culture is about dress code, habits, rituals, traditions, beliefs and is formed by a society. It is for this simple reason, Pakistanis and Indians gel really well when they meet each other casually. You see them talking about the same movie stars, music, clothes and even speaking a similar language. Religion, on the other hand, is about faith. A person clothed in jeans can also be deeply religious. It doesn't have to be worn on a person's sleeve. It's a part of his or her identity. When religionists confuse the two together, a conflict is born and this conflict can have devastating consequences.

Siraj was right when he said this isn't your usual Paki flick. It's not a Paki flick at all. Yes, it has been brilliantly made by a Pakistani (Shoaib Mansoor) and has its backdrop as Pakistan and features immensely talented Pakistani actors and has a very melodious Sufi-rock background score but the movie is not about Pakistan. It's about youth. It's about the clash between culture and religion. It's about our identities in a globalised world. But do we care?
Posted by Innate Explorer at 10:29 AM

nice review.. what did ur mom say after the movie ended?