It takes a while to understand the Australian accent, a lifetime to acquire it. The Aussie accent is famous for its vowel sounds (so 'today' becomes 'to-die'), absence of a strong 'r' pronunciation ('here' becomes 'hee-yah') and a tone that makes it hard to distinguish a statement from a question. Alyce Taylor's article, The Ever-evolving Aussie Accent in the Australian Geographic magazine, talks about the origins of the accent:

“The Australian accent began with the first-born colonial children in Sydney in the late 18th and early 19th centuries. They'd have strengthened their bonds as a group by speaking in similar ways, in the same way today's teens use language to form tribes. The early colonial children would have drawn on the many British accents spoken by adults around them to create their sound... Our modern accent is rare in that it doesn't noticeably vary between Australian regions... because although the communities began as isolated settlements, there was a great deal of internal migration particularly from Sydney where the first accent began.” 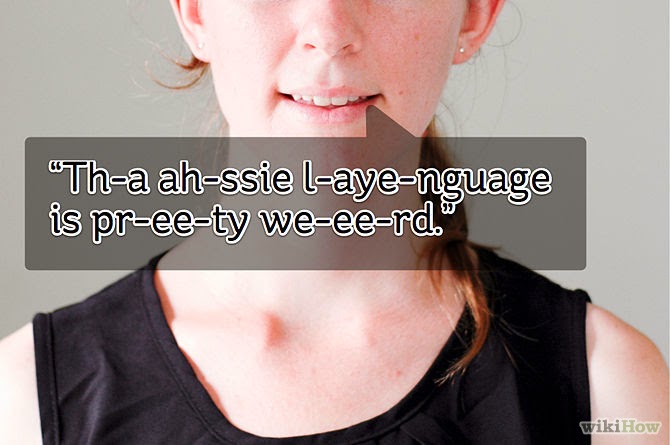 While each ethnic migrant population – Chinese, Greek, Italian, Lebanese, Israeli, Indian, Japanese, etc  – has peppered it with drawls and tones, the Australian accent's character has remained more or less unchanged, until now. With the increasing influence of the media and Hollywood, pop idols and rock icons, there is a common fear that the Aussie accent might actually become Americanised. So you will have 'stralians speaking like 'mericans. That's a real blower, Mate!
Posted by Innate Explorer at 8:49 AM

The best is they don't even pronounce Australia correctly. They call it Straya