I love Australian food – meats, fishes and veggies, their textures, flavours – and the fact that it does not go over-the-top with breads and potatoes on the sides. More often than not, it's simple, fresh, spiced and flavoured well. It is easy on the stomach and very filling. And a reason why I haven't bothered to look for Indian joints or takeaways. Until this weekend. I had vegetarian guests from India who found the Aussie flavours pheeka (the Hindi word for bland). So it was time to go to Uncle Google (shouldn't say that because Google is 15 years younger than me) and look up Indian restaurants near Brisbane CBD. So there was Indian Mehfil, which seemed too posh for our pockets, Punjabi Palace at West End in the middle of the city's art and culture centre and Sultan's Palace in Paddington on the fringes of the CBD. 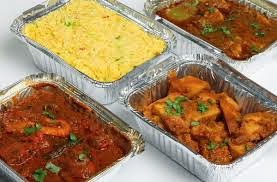 The first night, we went to Punjabi Palace. It was 10 pm, Friday night. Whereas anywhere else in the world, the place would be teeming with people on a weekend night, this restaurant, like many others in Brisbane, was closing for the day. We waited at the reception for one of the staff to attend to us. A young man came along and told us the place was closed. “Only takeaways,” he said. Disappointed, we ordered aloo parathas and raita, rotis, dal and a paneer dish. They took 20 minutes to give us our order. Back in the apartment, we found two full containers of oily, spiced rice with with everything else. It was a sign: things had indeed closed for the day and the staff wanted to pack everything up before turning off the lights. The rotis (we had forgotten to mention, tandoori) and the parathas were the size of kabuli naans, too big to fit into a large dinner plate. The food was average by Indian standards but pretty good by Australian Indian standards.

On Sunday night, we decided to go to Paddington, a party hub in the city. Sultan's Palace was decorated with gaudy lights of all colours (the Chandni Bar kind) and paintings and murals that were inspired by Mughal and Rajput art. At 8 pm, there were empty, dirty dishes on the tables and one waiter, who seemed Spanish/Italian. The food was good but they had run out of dinner plates so we had to eat from the small white quarter plates. We asked Jabeel, the manager/owner if he had paan. “All I can offer is saunf (fennel seeds),” he said apologetically. We took spoonfuls as he guided us to an Indian takeaway down the road.

That is how we met Prem Mishra, the owner-manager-cook at Indian at Paddo. Mishra was stirring a curry wearing his red apron and plastic gloves when we arrived at his counter. We asked him for paan. “No, I don't have paan but I have some paan masala in my car, which I can get for you,” he said. We asked him where we could get paan. “Nowhere. Betel leaves are banned in Queensland,” he declared. Really? “Yes.” With nothing more to do, we asked him about his business, clientele, Indian sweets and menu. The son of an Indian armyman who had schooled in New Delhi, Dehradun and Bangalore, Mishra came to Brisbane as a university student 14 years ago. He had worked in the IT sector for five years, when one evening, he managed to win a jackpot $15000 in pokies. He came up with the idea of investing in a restaurant the same night. Over the years, he's had four Indian restaurants in different parts of Brisbane. He has created new restaurants and formats and like most entrepreneurs in Brisbane, works hard to keep things small. Being in the party suburb means he gets a lot of walk-ins on weekends and takeaways on weekdays. He has made enough to support his extended family back home in Hauz Khas and build a house in Dehradun. Does he want to ever move back to India? Mishra responds with a shrug, “I don't know. I love cooking and feeding people here.”
Posted by Innate Explorer at 7:33 AM

No, betel leaf is not banned at all in Brisbane, grows like a weed here.....