A piece on Peace

I was deleting some mails when I chanced upon this piece I had written. I never thought I could become a writer, till I actually wrote this piece in October 2004. I had sent it to the Youth for Peace Essay Contest organised by Act Now for Harmony and Democracy (Anhad) that is headed by activist Shabnam Hashmi. It was much appreciated and even won a prize. Moreover, it instilled the confidence in me to write publicly that eventually got me to become a journalist.

A piece on peace! 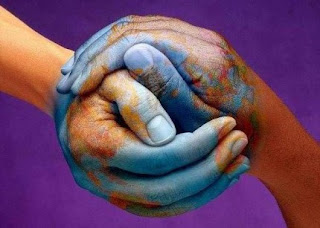 I am not quite sure why I am writing this piece of prose. I happened to come across this poster that screamed, Youth for peace" and in a moment , I had made up my mind to write something on peace (one of the many topics offered), as a part of this project. I am rather surprised by the spontaneity of making this decision for I usually do take a long time to make up my mind. What surprises me even more is that it never really occured to me whether I had even a clue of what peace is. I was more concerned about the fact that I may not be able to give enough time to fulfill this commitment of mine. However, as it so happens, I indeed do.

Now that I am sitting in front of my computer, I can't really figure out what to write. I repeatedly look at a rather interesting picture of Michael Jackson and Macauley Caulkin together on my desktop's wallpaper. MJ - the guy who sang 'We are the world' and the 'Earth Song'. He sure stood for peace. I wonder where he has gone now.

Coming back to my essay. Peace certainly is an interesting topic to write on. Everyone knows what peace is. I have oftenput forth my views on the devastation caused by wars and the necessity for peace in our world during coffee-table discussions with my friends. Like any other 21-year old inhabitant of this planet, I wish for the world to be a better place to live in. I hate wars and war-mongers too. That quite explains why I sincerly want Michael Moore's Fahrenheit 9/11 to win the Oscar this year and am watching the US Presidential elections with keen interest.

In this current state of introspection I delve into what peace means to me? Sadly, I don't come up with any answers. Is it because I have never known what war is? I've seen it all on TV and sadly most of it was non-fiction. I have often been reduced to tears when I've seen images of women wailing for their lost ones in Iraq or Palestine or Chechnya or even Kashmir. Does that mean that I stand for peace? And if I do what am I doing about it? Am I the onlyone out here who doesn't know the answer to these questions? The thought itself makes me insecure. They say insecurity breeds violence or aggression. People do it. Even countries do. Can I be a potential hazard to the beings around me because of my insecurity? What if someone wants to exploit my insecurity for his/her own reasons? Help! I'm scared. 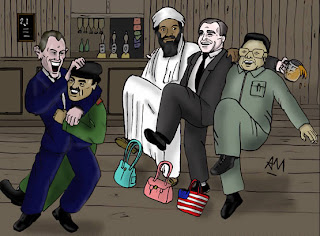 I've never really feel strongly for peace till I hear of some violence. Does that mean that the concept of peace can exist only if there is violence? Are they the two sides of the same coin? Maybe they are. Or even if they are not, I don't know why I haven't cared so much about it till now. I've always believed in the 'Live and Let Live' dictat and I can't figure out why everyone else can do the same. Even in a country like ours where communities have 'peacefully coexisted' with each other for centuries down the line, I don't see the reason why they should fight now. It's probably because I don't understand the complexity of the problem or it's just that I have been too ignorant about the fact that there has never really been a case of 'peaceful coexistence' in our history.

So why is someone as ignorant as me bothered about the concept of a nuclear war? I get jittery each time I hear about the testing of long range missiles with nuclear capabilities both in our country and our neighbour's. Why should I bother about it now? Why can't I just shove the thought aside as I have done in the past and continue with my life saying, "We'll see what to do when it happens." When what happens? A nuclear war. I maybe an ignorant fool who has no business to write on peace, but I would shudder to think what the world would be like if thereis one. A scarred planet is not the Earth I would want to be a citizen of.
Posted by Innate Explorer at 12:08 PM

Hey this is pretty good , i guess we do take many things for granted until we're actually in danger of losing them.