“When a five-year-old boy called my three-year-old son his enemy,”

Recalls Eisha Sarkar, a communications professional, and in this piece, she reflects on her journey as a parent and describes incidents, books and literature that helped her chart her own journey through motherhood.

“You said Ronnie is your enemy,” eight-year-old Rahul shouted to five-year-old Siddharth in Gujarati who was plucking mulberries for my three-year-old son, Ronnie. Siddharth handed over a ripe, black mulberry fruit to my toddler and then sat next to Rahul outside a bungalow’s gate. “Ronnie is my enemy, but his mother is standing here so I decided to help her get mulberries from the tree,” Siddharth told him. I opened my mouth to say something but then my little boy came running towards me giggling and we walked away from the two boys. 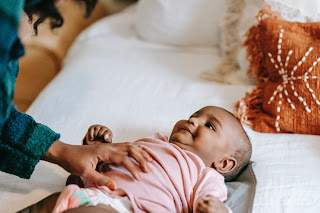 Three days before this particular exchange between Siddharth and Rahul, I watched in disbelief as Rahul pinned Ronnie to himself by grabbing his hands and Siddharth scared him by making monster faces. My son was getting very disturbed. I asked the boys to stop and let him go. They obeyed immediately. Why did kids as little as eight and five think curious toddlers were their enemies who needed to be punished or scared away just because they ran amok and touched or smiled at everyone? Did I attempt to explain to them that it was Ronnie’s way of getting to know people? No.

Usually, I don’t intervene when the children play. We don’t live in a gated colony in Vadodara but in a loosely formed society where there are more senior citizens than young children. With Covid 19 restrictions in place, schools, nurseries and playcentres shut, this is the only form of socialization I can offer to a curious toddler who wants to know the world around him. I want him to interact with children of all ages and different backgrounds. For most part of the half-hour of play, I am a bystander, watching him make his way through the pecking order. The older girls are very welcoming. The boys not so much. Some occasions require me to get in the middle of their play. When my toddler disrupts a game of cricket or badminton by running onto the ‘pitch’, I have to carry him off with him wailing and writhing in my arms or I have to step in when the kids play rough.

When I narrated these incidents to my mother, who has over a decade of experience as a schoolteacher in Mumbai, she warned me. “Don’t let the older children bully Ronnie. You must come to his rescue. Don’t stand there and wait until they push him or something. The moment you see them behave in a way that is disturbing him, act. Be involved. That’s what parenting is about.”

Parenting hasn’t been easy. During my child’s first eight months, I suffered from post-natal depression. Rather than opting for counselling what I ended up with was streams of visitors, relatives and friends who would drop in to see my baby at any time of the day or night, often without asking me if I was okay with it. It drained my energy, along with long breastfeeding sessions and sleepless nights, to such an extent that I didn’t want to spend an hour a week talking to a therapist. Many people gifted and suggested books, right from Heidi Murkoff’s What to Expect When You Are Expecting during my pregnancy to Time Life’s Your Baby’s First Year to Skinny Bitch Bun in The Oven by Rory Freedman and Kim Barnouin to old copies of Reader’s Digest which had articles about babies and Tarla Dalal’s cookbooks. A zillion links to blogs and articles about parenting and babies were WhatsApped to me.

I read some of them and they did help me deal with issues of diapering, feeding, cleaning, nutrition, sickness and exercise but I also needed a book that would guide me through the day-to-day conflicts of raising a multicultural child in a multicultural household. I am agnostic and Bengali by birth. I have no direct connection with Bengal, having lived my life in New Delhi, Pune, Mumbai, Brisbane, and Vadodara. I studied in Christian schools and colleges and have friends from diverse communities. My husband and his family are traditional, religious Nagar Brahmin Gujarati with roots that run deep in Saurashtra and Vadodara. Often, the conflicts at home revolved around food, language or how a sick child should be treated.

Thankfully, now a book like that is available. In Raising a Humanist, authors Manisha Pathak-Shelat and Kiran Vinod Bhatia write, “Accepting something that is ‘different’ is not always easy. We often look with suspicion at people who seem different, who (have) a different lifestyle or culture or who have a different way of seeing the world. Realizing that we – parents, teachers, family members, and other adults – are responsible for sowing seeds of bias and prejudice in the minds of young people can be unsettling, especially when we love them and care for them. As a result, most of us refuse to evaluate our stake in the process of raising children who are biased, intolerant, and scared of interacting with others who are different from themselves. Also, many of us are unaware of our own personal bias towards other individuals, belief systems, practices and processes.” While I believed that I was more secular and liberal than the Gujarati part of my family, after reading the book, I realised how haughty and prejudiced that assumption is. In order to bring up a child who accepts both cultures, I need to be less biased towards the other culture in my own household.

While leafing through the pages of the book, I revisited the play scenes in my head and discovered that, as the authoritative figure, I had left the field without telling two young children what they had done wrong, that they should have been gentler when they played with my toddler. The next day when Ronnie saw the boys coming towards him, he first got scared and then aggressive. I calmed him down by laughing and telling him that they were making monkey faces. Humour cuts where anger doesn’t. The word, ‘monkey’ did the trick. The boys stopped at once. Then Rahul tried to grab both Ronnie’s hands and pin him down. Gently, I asked him, “How would you feel if someone were to do that to you?” He immediately let Ronnie go. “Good!” He smiled at me and took Ronnie’s hand. For the next forty-five minutes, the three boys played with each other as if nothing had happened. That’s the beauty of childhood.

This incident also says something about the power and potential of books; of finding voices and approaches that help you in your journey as a parent. Sometimes, it could be just a line, other times, an entire book.

If I were to leave you with some of my personal favourites – books that resonated with me and continue to do so as I grow as a mother, I would suggest looking up:

·      Time Life’s Your Baby’s First Year, which is the most no-nonsense practical book you can find

·      Becoming by Michelle Obama, if you want to learn how to strike work-life balance as a mother

·      Tongue in Cheek - The Funny Side of Life by Khyrunnisa A., if humour is the antidote you need to alleviate your anxiety

Everyone approaches parenting differently and there is so much to learn and unlearn, and if you have curated a reading list on this topic, please feel free to write back to us with your thoughts.

Eisha Sarkar is a writer, educator, designer and peacebuilder based in Vadodara, Gujarat and has worked extensively in the fields of journalism, education, peacebuilding, design, documentation and international relations. She became a mother in 2018 and currently has the toughest job on her hands – trying to get her toddler to obey her instructions.

This photograph, used for representative purposes is by William Fortunato from Pexels.com

Posted by Innate Explorer at 6:49 PM