Friends Reunion: The sitcom that gave us Coffee Clubs, hangouts and Central Perk! 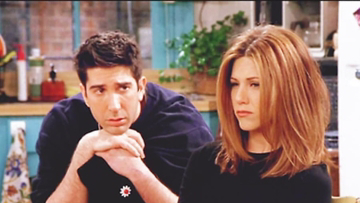 At the very outset, I must confess I haven’t watched all episodes of all the seasons of Friends. It appealed to me somewhere in the late 1990s and early 2000s, when I started catching up on the re-runs on television. There was this one that I remember till this day. The episode that aired on November 18, 1999, shows Ross over-whitening his teeth to impress his date. I had watched it on television in the waiting room of my dentist’s clinic. Thankfully, my appointment wasn’t about teeth-whitening.

For many Indian teenagers of the 1990s generation like myself, Friends was the sitcom that introduced us to the coffee club culture of the West. Till then, the idea of coffee in an Indian household was a brew of Nescafe in the morning or a filter coffee to wash down the dosa and idlis for breakfast at the neighbourhood Udipi restaurant. That coffee could mean conversation and a coffee shop could just be a place to hang out with friends was an idea that came home in the form of Central Perk in Friends. Then came the Baristas and Café Coffee Days and mixed-gender groups of friends hanging out after college or sometimes, even during college hours. I knew a group of six in college who had nicknamed themselves Ross, Rachel, Joey, Chandler, Phoebe and Monica. They even behaved liked the characters on-screen, sometimes.

The character in Friends, I most identify with is Monica Geller played brilliantly by Courtney Cox. I know her OCD about cleanliness and orderliness. I understand her lack of self-esteem and the need to be over-competitive and like her, I am a carer and nurturer. Her relationship with her older brother Ross on screen was very similar to my relationship with my brother off-screen. Sometimes, I felt she was playing me and that gave my gawky teenage self a lot of comfort, to think that there was someone out there who thought like me. It’s strange Cox never got nominated for an Emmy in spite of playing such an iconic role.

I recently watched the trailer of the Friends Reunion episode and I think it was very heart-warming to see them walk around the sets again and go through some of their rehearsal lines. I don’t know whether I want to watch the full episode. They’re all old now and some of them, like Mathew Perry and Matt Le Blanc, look haggard after years of drug and alcohol abuse. I’d like to remember them as I first saw them in my teens, beautiful young people with their eccentricities and shortcomings sustaining each other with their love and friendship.