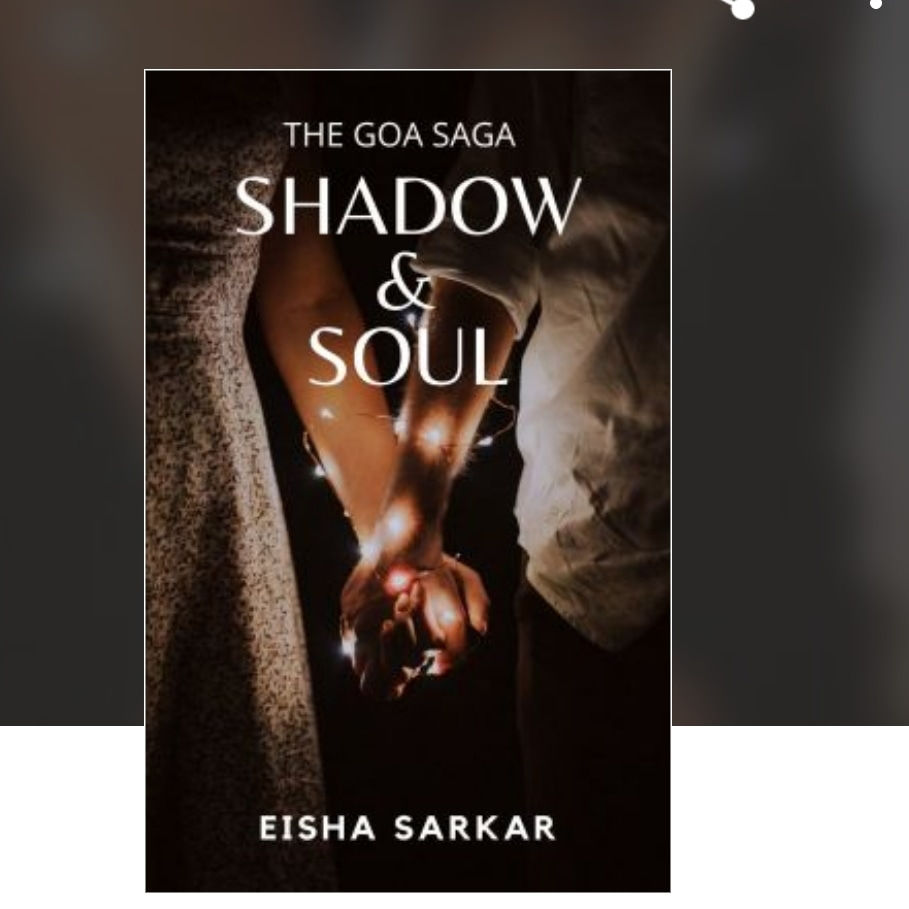 Yay! I have been itching to try Wattpad for a while and finally, after a process of five years and ten months, my first novel is published. The Goa Saga is a Romantic Thriller trilogy. Shadow & Soul is the first book in the series. The blurb goes as follows:
Saysha Singh, a beautiful, multiracial young woman from Delhi, meets Aeram Khan, a gorgeous model-actor in college and they fall madly in love with each other. Aeram is the only legal heir of the Albuquerques, a family descended from Afonso de Albuquerque, the sixteenth-century Portuguese statesman and conquistador of Goa. After a few weeks of passionate romance, Saysha gets wary of committing her life to a controlling boyfriend. She leaves him and moves to Shimla. He moves to Mumbai and becomes a very successful actor and entrepreneur.
Three years later, when he is in Shimla for a shoot, Saysha meets him again and they rekindle their romance in secret until he goes as her date to a masquerade ball where he unexpectedly reveals his identity. Saysha becomes fodder for primetime TV news. Aeram brings her back to Delhi with the help of his gay half-brother and stunt-double, James Albuquerque. After persuading her father, an army officer, Aeram and Saysha marry in court. Aeram and James strive to protect her privacy and dignity at all cost. However, living under the shadow of her famous husband makes a dent in Saysha's self-esteem and she tries to carve her own identity.
When Saysha finds out that James loves Aeram, she initially is shocked but gradually realises that of the two, James is the better man. She is attracted towards him in spite of his sexual orientation. Aeram gets jealous of their friendship but cannot get rid of James. In a graveyard in Goa, Saysha discovers there is more to Aeram and James's bond than what they show.
https://www.wattpad.com/story/286172794?utm_source=android&utm_medium=link&utm_content=story_info&wp_page=story_details_button&wp_uname=EishaSarkar&wp_originator=wLNO3eEJSAMG2XO6yutIuN18hqeWB6%2B7XaKBMO2S00TBCQbPOgRXJy9zOrMkfHprsqkgdygWdg8em2aV4zh1WWX1aIomZHk5tkdiRFtT3KYjLGf7qggYVu69LPTEly8E
Posted by Innate Explorer at 7:01 AM